Bizarrely, it is alleged that Southern Health is recommending COUNTING VEGETABLES as a therapy for depression. Being the festive season, sprouts should be readily to hand!

Sarah Ghafoor had suffered with depression for around 20 years and had previously made attempts to take her life. However, during an Inquest into her death, her family alleged she had been told by mental health professionals to ‘COUNT VEGETABLES‘ when she felt overwhelmed by her son, Ben’s death.

Sarah was prescribed a cocktail of anti-depressants and was seen by mental health staff at Southern Health as she struggled to cope with Ben’s death. She made three attempts to take her own life after his death on March, 12 2018. Her daughter-in-law told the Court Sarah had just wanted ‘someone to help’ but had been let down by Southern Health:

“She needed someone she could phone, not someone who told her to count vegetables – her son had died.

“I called Southern Health begging for help and they were horrific to me on the phone. If there were like that to me, how would she have felt?”

Another of Southern Health’s bright ideas for therapy (this time in conjunction with Southampton City Council) is CLEANING COUNCIL HOUSES. This came about after we proposed two proven outdoor therapies, to which a CMHT Manager responded:

“I thought about the supported housing projects in Southampton and many [with] no cleaning services. I was wondering if we could work together with Employment support to engage individuals in recovery to do some of this work.”

So CLEANING COUNCIL HOUSES is apparently good for patients’ self-esteem. Cleaners we know laughed at the thought – it is more likely to have the opposite effect. Also, if patients have understanding employers, who allowed them time to recover from mental illness and the employers discover their employees are doing cleaning work for the Council, they will assume the patients are fit to return to work – if only to clean their workplace. I also suspect Southampton Council’s motives – cheap (or free?) labour. Sounds more like modern slavery to me! I wonder if they get paid at all?

Now for ideas for open-air therapy proposed to Southern Health by CRASH: 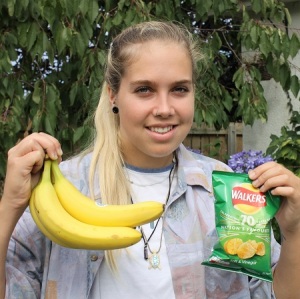 Not our original idea, but we were extremely impressed by Marine Biologist, Emily Stevenson, who appeared on Sky News on 22 September 2018 to promote her Beach Guardian initiative in Cornwall to tackle the scourge of plastic on our shores. Business owner Rob Stevenson and his  daughter Emily set up Beach Guardian originally in 2017.

Rob and Emily soon recognised that the region’s mental health was also in crisis with time off work due to mental health issues doubling in the past year, to the point where NHS figures show that Cornwall has seen one of the biggest increases in the country. Rob and Emily saw a way of addressing both problems with Beach Guardian. Read more→

And what’s more, CRASH received a potential offer of external funding for this therapy. 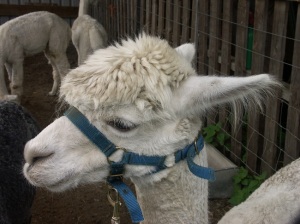 Or if fresh air on the beach doesn’t suit – go into the New Forest and walk with Alpacas. Read more here at footnote² →.

So which do you think is more beneficial to mental health patients?

Walk in the forest and on the beach – or counting sprouts and cleaning Council Houses!