Fed up with writing bad things, so thought I’d start some life history – in reverse order.

Gives the game away about my false identity to the left!

1986 – 1990 – All that publicity about being sacked might bring benefits in avoiding an Employment Tribunal but it makes one almost unemployable. But there’s an easy solution – take off to sunnier climes to manage the sales and marketing operation of a property company. No chance of a depressive episode in the sun!

Touching note – handwritten by my two ‘main men’ – John Marrison and Geoff Selvidge – both in line for my job. Tucked in a box, where it couldn’t be seen when I cleared desk

First example of the stigma of mental illness – sacked just before  discharged for what was then known as ‘Executive Burnout’ – a better term?

Call from reception at The Priory, Roehampton asking me to collect card from employer – she was nearly right – it was not a card (as in get well) it was my cards.

Just to make sure, they posted copy to home so wife knew before I could call her next day.

Consultant, Dr Desmond Kelly, came straight to room on arrival (the ward sister told him) expecting me to be in meltdown again – found me raring to go with a solicitor already instructed!

EMAP has the same name but not the same ownership and management that now produces incestuous publications like the Nursing Times and Health Service Journal.

But at least EMAP is honest:

“Our purpose is to connect professional communities and inspire them to know, to grow, progress and win. Brands such as HSJ and Retail Week create deep relationships and unparalleled reach, to increase value for our customers.”

MotorCycle International – January 1986 edition – Babs Ryan – Marketing Manager at Kawasaki. Massive effort needed in those days to persuade my Japanese Directors to promote a woman to a ‘Manager’ position. 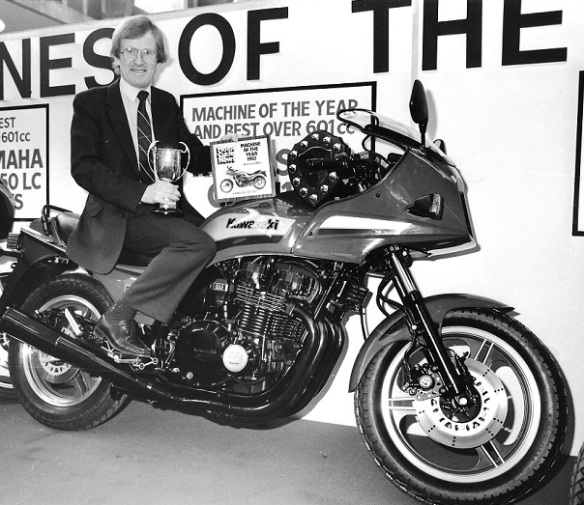 1984 – From Roehampton Priory to London nightclub to receive ‘Motorcycle News’ Machine of the Year 1983 – and back to the Priory. Would an NHS hospital allow this?

1980 – I don’t know how the word ‘partner’ – referring to the driver – would be interpreted 25 years later and … did I really wear that jacket!

The end – 100 mph plus on an old airfield stage – the engine was fine but wheels would have helped!

Near the end of motor sport.

Somewhere in UK before 1974 petrol crisis.

Blind brow – who had most confidence in the map reading? 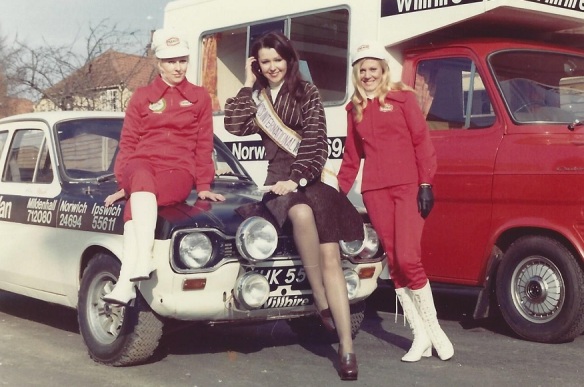