Anyone reading this blog might be interested in the following recent reports and blogs, which are highly recommended.

Hundreds of thousands of disabled and ill people in the UK are being detained unlawfully in care homes and hospitals, according to a new report by the Law Commission.

The Commission claims that proper processes and checks are not being carried out in many cases. Read more here→

Documents the lack of specific understanding that exists in Government on mental health issues. “The question and the Government response is incoherent→”

“Anorexic student, 19, starved to death after she was failed by ‘Third World’ NHS care:” 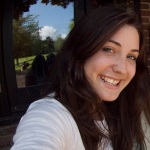 The deeply moving, sad story of Avril Hart and her family’s five-year fight for justice told by her father.

Another story of multi-agency failure in NHS, including references to: