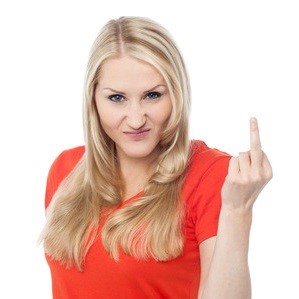 And she blames the media!

“I have reflected on the effect the ongoing personal media attention has had on staff and patients and have come to the conclusion that this has made my role untenable.”

Forget the four-year failure in leadership and governance; only 272 of 722 deaths over four years dealt with properly; evidence of dishonesty (arguably corruption); questions on financial probity in the use of public money; many bereaved families and other complainants still awaiting justice … and so on ad nauseam.

Of course, it’s the media stupid!

And the ultimate insult to patients, bereaved families and staff? She resigns from the Board but Southern Health finds her a new role on the same salary and pension of over £230,000 in 2015/16.

Nice work if you can get it. Some choice observations:

“But even while acknowledging that her position was untenable, the chair of the trust has agreed to pay Ms Percy the same salary in her new post, about £190,000. That raises serious questions about Tim Smart’s judgement – no one I’ve spoken to, inside or outside the trust, can understand that decision.

At almost every turn over the past year or so, when Southern Health have had an opportunity to do the right thing, they have invariably chosen a different course. Even with Katrina Percy’s resignation, that appears to be a continuing issue.”

“This whole sorry episode has shone an important light on peculiar workings at senior NHS levels around regulation, accountability and enforcement. It also demonstrates that candour and transparency remain woefully lacking in 2016.”

“Her departure was long overdue and that she should have quit the Trust completely. I am very concerned that her comments, and those of the Trust, blame this on media attention rather than acceptance of her ultimate responsibility for the abject and fatal failings of Southern Health.”

“Under her watch, patients and families were fatally let down by a rotten culture where the unexplained deaths of more than a thousand vulnerable people with learning disabilities, autism and other mental health conditions were not properly investigated.

There was a failure to learn lessons despite repeated warnings, and this recklessness ultimately cost lives. But rather than taking responsibility and doing the honourable thing by stepping down, Katrina Percy continued to put her own interests before the public interest.

Reports that she will move into another well-paid job advising GPs on strategy are deeply concerning, and will aggravate the sense of injustice felt by the families of those who lost their lives.”

“It is outrageous and scandalous. This is public money and this is our taxpayers’ money she is receiving. A sideways move is nonsense. She should have gone a long time ago.”

“I have concerns that people in the NHS can be given a role when in the private sector they would have been dismissed. Regardless of rights and wrongs she had overall control of the trust and she should have acted quicker to step down. Southern Health has a lot of fences to mend and they have to mend them very quickly.

It looks as though if it hadn’t been for the media attention she would have carried on regardless. I am also astonished that the medical director remains in place, given the history of poor patient care, negligence and uninvestigated deaths at the Trust.”

“If you’ve failed you should take a cut in salary. Can the NHS afford to pay the same money and still protect the services they provide?” “It needs restructuring from the top to the bottom.”

“Ms Percy stepping down will not improve the trust. I do not think a change in the chief executive role will change the trust. Other people also need to step down for there to be any difference. For Ms Percy to blame the media is ridiculous. If you have failed in leadership and governance and there are uninvestigated deaths, then you should be in the spotlight.”

And perhaps the most poignant of all a comment by ‘Scotlander’ in ‘The Oxford Mail’:

“She could be a poster girl for NHS incompetence, waste and indifference to public opinion.”