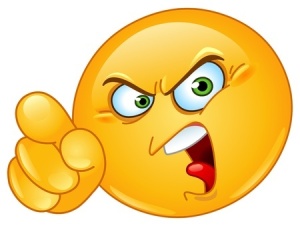 Take a look here at the Agenda for the Extraordinary Meeting of the Council of Governors at Lyndhurst Community Centre on Tuesday 17th May at 11.45 hrs.

At item 11, apparently it’s prejudicial to the public interest for the public and media to know what’s going on to improve a failing Trust.

We would argue exactly the opposite. It is counter-intuitive, undemocratic, illogical, offends common sense and will further damage the Trust’s already trashed reputation for the Trust to think it prejudicial to the public interest for the public not to know what’s happening at a failing Trust – or to know the views of governors, who represent the public! It appears already to be having a serious adverse effect on the Trust’s reputation.

It was reported widely on Friday on BBC South Today and Meridian News and in the Oxford Mail.

The more responsible governors are furious too: one has leaked the emergency resolutions (click here), which are due to be heard during the ‘closed’ part of the meeting.  For other essential reading, please visit:

We have little doubt that this is why he fled the other meeting and now again doesn’t want to be seen and reported in a debate about a vote of no confidence in the Board. Taking ther Lead Governor’s bias into account, we have asked Mr Smart to review his decision.

Putting on our (unqualified) judge’s wig, The Public Bodies (Admission to Meetings) Act 1960 (as amended) makes interesting reading. In simple terms, section 1(2) allows exclusion of the public and media whenever publicity would be prejudicial to the public interest or for special reasons stated in the resolution.

There are no special reasons stated in the Resolution on the Agenda so the Chairman and Lead Governor must believe that it is prejudicial to the public interest to know what the Governors are doing to reform the Board of a failing NHS Trust – a Board, who we pay as taxpayers – or to know the views of governors, who represent the public.

The resolutions relate to certain directors – Katrina ‘Teflon’ Percy, Dr Leslie ‘Slippery’ Stevens, Dr Chris ‘Lapdog’ Gordon, Trevor ‘Honest John’ Spires and Malcolm ‘Leaky’ Berryman, all who whose performance  has already been implicitly or explicitly discredited by the Mazars Review, the CQC. though other conduct. These are public officials paid with taxpayers’  money – the  public has every right to see them held to account.

To exclude the public and press is akin to excluding shareholders and media from an AGM of a PLC on the grounds that is it is prejudicial to the shareholders’ interests to hear the Board held to account. In the ‘real [commercial] world’, there is more chance of meeting Elvis Presley than a PLC Chairman pulling off that stunt successfully.

There is an important upside to The Public Bodies (Admission to Meetings) Act 1960. At s.1(5) the meeting is subject to qualified privilege, i.e. a defamatory statement can be made provided it is an honestly held belief and not malicious. Past Chairman ried to suppress comments and minutes because they could be defamatory: they were wrong to do so.

For more on qualified privilege, click here – second article down.

This latest stunt demonstrates once again Southern Health’s total incompetence in Crisis Management. Indeed, Southern Health would make an excellent case study or tutorial for academics in how not to manage a crisis. For more, click here.

Finished drafting this yesterday just as a new bomb exploded in the inbox. Am posting it anyway to put my next post into context.